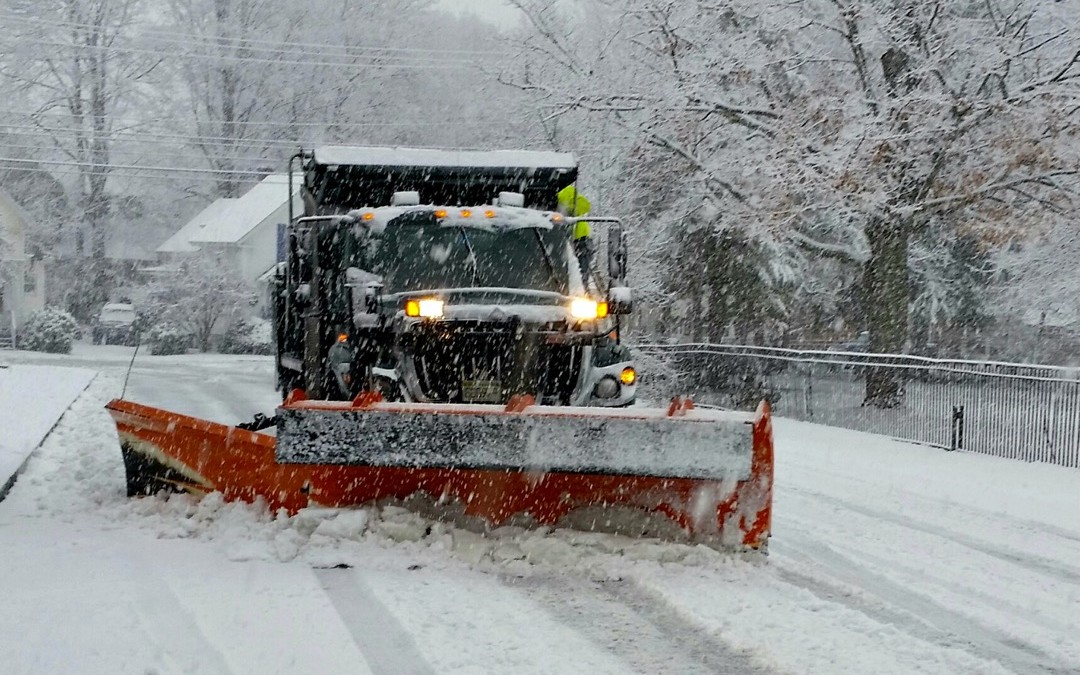 First, let me start off by saying that I thought they were doing an awesome job of clearing the roads of the heavily falling snow. doing their best to stay ahead of it, and keeping it from collecting on our main routes here in town. Keeping the roads relatively navigable for the rest of us. Well done, Streets Division. Well done. (Since it’s still snowing, should I say ‘Well Doing?’)

But that’s not the focus of this entry. What struck me as interesting, as I followed behind and watched them at work, was how stupid or thoughtless (not sure which, or perhaps it’s a combination of both) so many people seem to be.

We all know what it’s like to drive in currently falling snow conditions. There’s always someone zooming past you thinking that it’s not really that bad yet, and they can still drive as if it’s another perfectly sunny day. I saw one guy up on the median on E. Wash this morning with the front end of his light pickup balancing over a snow bank and a street sign post laying “murdered” beneath his front tires. Clearly he was going faster than any of us and somehow managed to get himself stuck. (Dumbass.)

What was happening in front of me with regard to the snowplows was something different altogether. I was witnessing the snowplows shooting walls of snow on people and objects without mercy, and I was literally laughing out loud. Mostly I was laughing because these were events that could have easily been avoided. Not by the snowplow drivers, but by the victims themselves. (truthfully, I was also laughing because it’s always funny seeing someone else getting hit in the face or falling over, etc.)

We knew it was going to snow today. It’s been all over the news. It’s been the only thing people have bitched about on Facebook for the last 36 hours. (momentarily replacing everyone’s obsession with the work week not being over soon enough or something similar). So you should have planned ahead people and known what the snowplows would be doing. Cases in point:

I first saw the plows throw walls of snow into city garbage receptacles in front of many people’s driveways, knocking them end over end into the driveways or onto the sidewalks.  (You couldn’t move your garbage into your driveway a couple of feet? Had to have it right out in the road? Now you can clean that mess up, Dumbass.)

I saw people driving their cars in a hurry to get around the plows or make a turn right in front of them to beat them. Of course, snow get’s thrown right onto their cars and they swerve to avoid what probably feels like an avalanche falling on their shitty KIA or Pontiac Grand Am, and they almost crash in the process. (Dumbasses.)

One guy was driving his four wheel ATV with snowplow attachment down the sidewalk. Plowing for an apartment building. Just looking down, not paying attention to what was coming up in front of him. Did he see the oncoming snowplow? Did he hop off his ATV or turn his head or do anything to avoid a wall of snow and salt? Nope. Hit him right in the face. He was pretty surprised! Hilarious! I don’t know, maybe he was deaf and just didn’t hear the rumbling 5 ton vehicle coming towards him. (Or maybe he was just a Dumbass.) 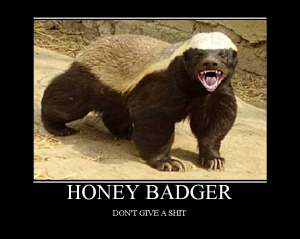 I saw one guy pull over to the side of the road and whip his car door open as wide as it could go just before he popped out. Luckily the plow had just passed him. (maybe he was waiting for the plow to pass. Cudos to him for that. But he didn’t think about any other cars coming behind the plows.) I almost took his door right off. And him with it. (Dumbass.)

Moral of the story: Those snowplow drivers don’t seem to give a shit. They’re the honey badgers of the Streets Division. So if you don’t have the ability to plan ahead, or think things through and can’t keep from getting in their ways, don’t complain when you could have avoided the hammer of snow that lands on your DUMBASS.