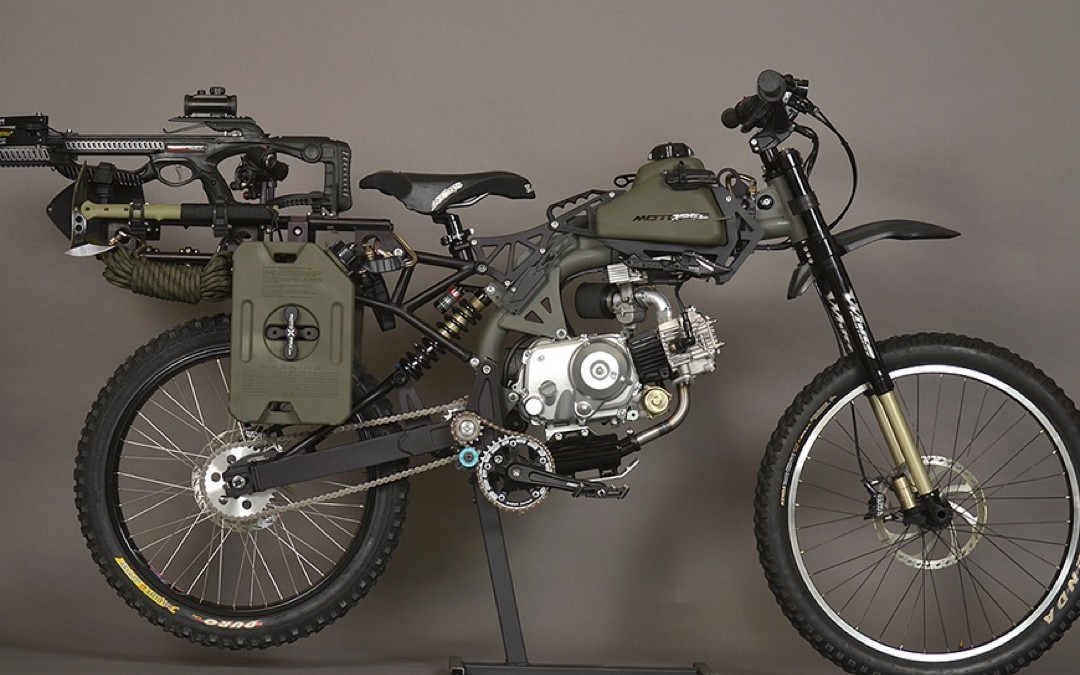 The morning commute can be difficult, but…

I’ll be the first one to admit that riding the bike path is not without its challenges. You have people walking, walking dogs, stopping on the path, runners, slower moving cyclists… bottom line: there are challenges. But do I need an armed moped to deal with the issues on my commute to and from work? Let’s take a look.

A line from the sales information:

“A hunting variant of the Motoped mountain bike-motorcycle hybrid. The Motoped Survival Bike has a custom frame and gas tank, a rear rack and a gas can. Optional accessories include multitools, ropes, an axe and even a crossbow.”

Seems pretty legit to me. Tools… who doesn’t need tools? And an axe incase a tree falls on the path.

Honestly, it would be nice to have a crossbow to take down some of my enemies on the path. I’m speaking specifically about the folks who effortlessly burn past me. I say “effortlessly” as it’s nothing for them as THEY’RE RIDING eBIKES! Suckas! You aren’t even pedaling and you’re going 25 mph.

It’s difficult not to give this bike the “thumbs up” on general principle alone. But after factoring in the weapons, the tools and the overall “badassness” (yes, that’s a word) of this machine you just have to give it a passing grade.

Can I afford one? Nope. So I guess it’s to the garage I go to modify one of the bikes I do have.