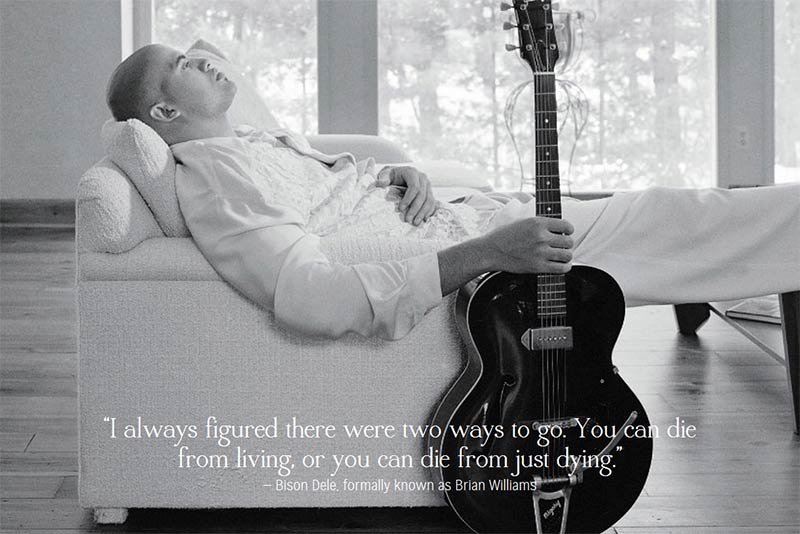 Have you seen what Sports Illustrated is calling the “long form?” A new style for their longer feature articles. Online, si.com is pretty much a sports news outlet. Well, they were until they rolled out the long form. This mimics the 7-8 page articles in the print version of the magazine (usually 1 per issue).

Why the long form?

I’m assuming because sometimes a story is more than just news. The long form is part news, part essay and part editorial.

In the initial rollout they profile a former NBA player who has gone missing. Brian Williams, who became Bison Dele, was always a little off going back to his days with the Chicago Bulls. I believe he was a member of the team for 2 of Michael Jordan’s 2nd run of 3 titles. He played with Dennis Rodman, Luc Longley and of course Scottie Pippen. It really doesn’t matter as basketball is not really the point of the story.

The presentation of the story is the point. In depth with tons of background on Dele. Speculation about his mental state and what happened. An interesting read on it’s own, but very well done with some cool imagery. However, the real show stopper are the features of the site itself. Responsive design… fixed backgrounds, motion, photos that change depending on where they appear on the page. Awesome!

Read the story of Bison Dele on the Sports Illustrated website

When would I have occasion to present a story in a format like this? Honestly, probably not very often, if ever, in State Government. Then again, from time to time we have opportunities to do something special. I can see this format being used for an award presentation, for providing very in-depth information about a new grant program or an opinion piece.

At the end of the day the opportunities to use this would be very limited, but I hold out hope.  ; )