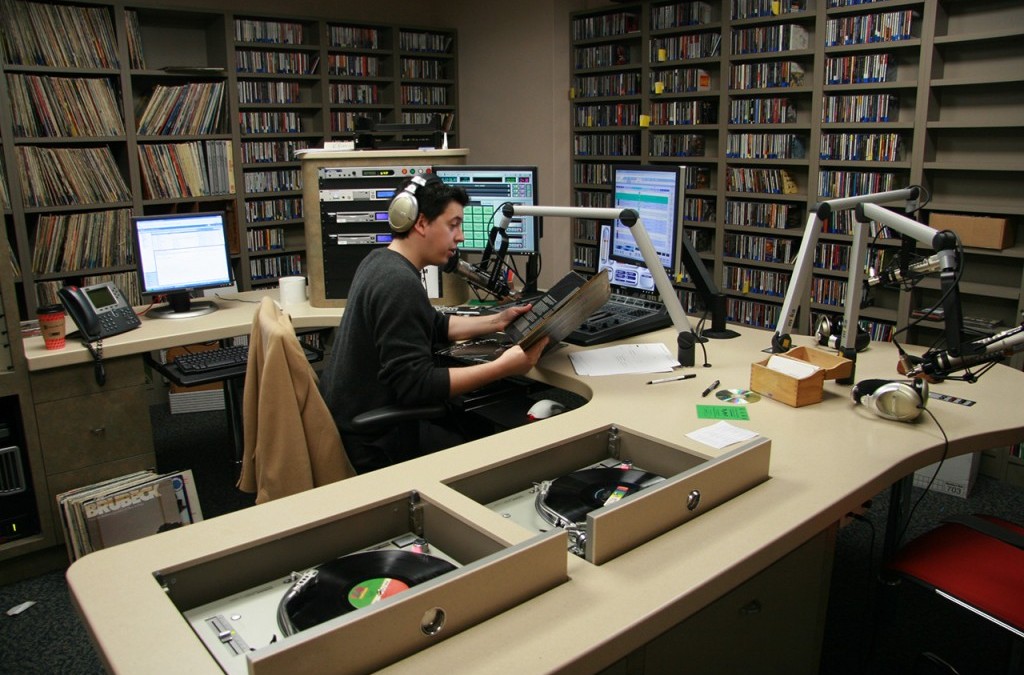 We’re having a “radio station”

When I was growing up I always listened to music. I always wanted to be a DJ. It probably started when I was about 8 years old and the McConley brothers, Mitch and Mike, along with Todd Lien and I pulled our wagons around the neighborhood with turntables in them. We’d setup shop someplace where we had electricity and neighbor kids who would come and request songs.

A used reel-to-reel tape deck that we used to record and play commercials between songs. Yes, we did that.

Or the coat rack that we pulled out of Schweiger’s Drug Store’s trash. What did we do with a coat rack? We decided it was an antenna and we connected it to an old radio that would give you a shock if you touched the volume knob. To summarize, we electrified a coat rack in hopes of… I have no idea. It wasn’t connected to anything else. Wasn’t pulling in a stronger signal or amplifying the music. It just gave shocks. 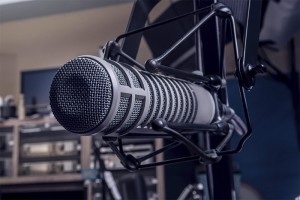 A visit to 92.1 solidified my future

At one point Mike McConley and I convinced my Dad that we were going to be DJs. He called up 92.1 which was in Sun Prairie and talked one of the DJs into letting us come out and visit the station. We talked for awhile, he gave us some goodies (A Farewell to Kings by Rush was my gift) and let us know what we needed to do to get our FCC Broadcasting License.

The following week my Dad stopped at Satterfield Electronics on Park Street, picked up our study guides and we were on our way! We knew the books forward and back, but didn’t have the money then to pay for the exam.

What we were spending our cash on?

At this point we were teenagers and our radio station, WKLM 96.7 Album Rock, had progressed some. We had better stereo equipment, we had some lights that we bought in kit form and put together at school. We started do parties for friends and of course to look cool we needed bigger everything. We had a PA system and speaker towers we built ourselves. Now we were really kicking ass!

We started getting better gigs. Retirement parties, wedding receptions, etc. The unfortunate thing was that as we started doing better Mike kind of fell off the grid. I had other partners (Dax, Eugene, Dagget), but Mike was there in the beginning. 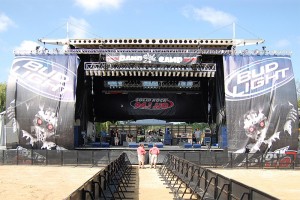 And since we’re going back quite a ways, well before the Internet, getting the music you wanted could be a little tricky. We made lots of mixtapes, we’d record videos from MTV and transfer the music to cassettes and whatnot. When we could burn CDs things got easy, but before then having a big music collection was difficult and awesome!

I had an internship at Midwest Family Radio Stations when I was in college and had a chance to work at 94.1 WJJO. My dream job! Wow, what a crappy job it was. I found out that DJs played very little of their own music. The Program Directors directed all the song selections just how many times they’d be in the rotation. It was horrible. I had dreams of people tuning in to my show and my show, well, not really my show. Just a bunch of whatever.

I guess the good thing is that it crushed my dream before I got too far into things. I changed gears, the Internet was born and I’ve been working on the web ever since.

What am I up to these days?

So what am I doing these days? Well, I still DJ when I can. I do wedding receptions, tailgate parties (the Summer Hummer) and sometimes just rock out for the hell of it. I own great equipment, I have plenty of lighting and I still have a ball. I generally just do it for people I know as I don’t like complainers and I want it to be fun.