Badger Hockey Is Heating Up 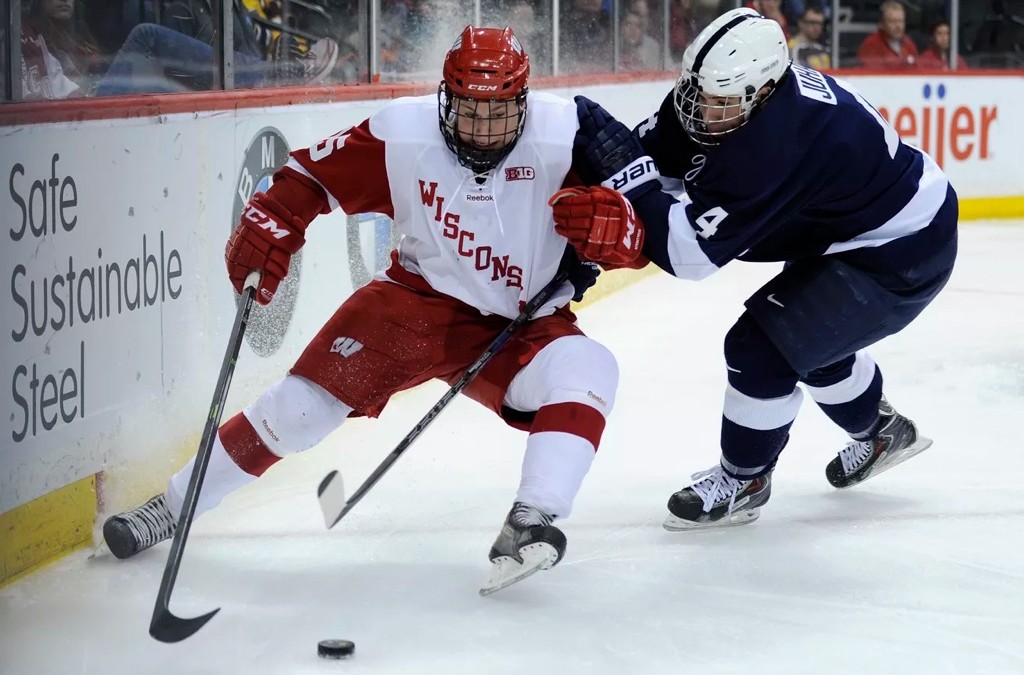 Does Coach Eaves have them peaking at the right time?

It sure appears that the Badgers are heating up. I say this because:

They’re in 2nd place in the conference behind poll #1 and B1G Ten leader, Minnesota. The two teams have swept each other at home so it would appear that the teams are very close in ability. Minnesota has been tough all year while the Badgers have endured some bumps in the road (Bucky is just 2-7-1).

Bucky also sits at #5 both in the USCHO.com poll and the Pairwise Rankings.

Wisconsin is on the road at Penn State this weekend. It is their first trip to Pegula Arena where the Nittany Lions have played surprisingly tough. Their record is only 4-10-1, but in their last home game they knocked off Michigan. Bottom line… wins will not come easy this weekend for the Badgers.

Eaves has been tweaking the line combinations as he says he feels like there are goals being left on the ice. I guess we’ll see what the tinkering does.

Just to refresh your memory about Michael Mersch’s ability to score in tight places: