Is Cycling Picking Up Speed? 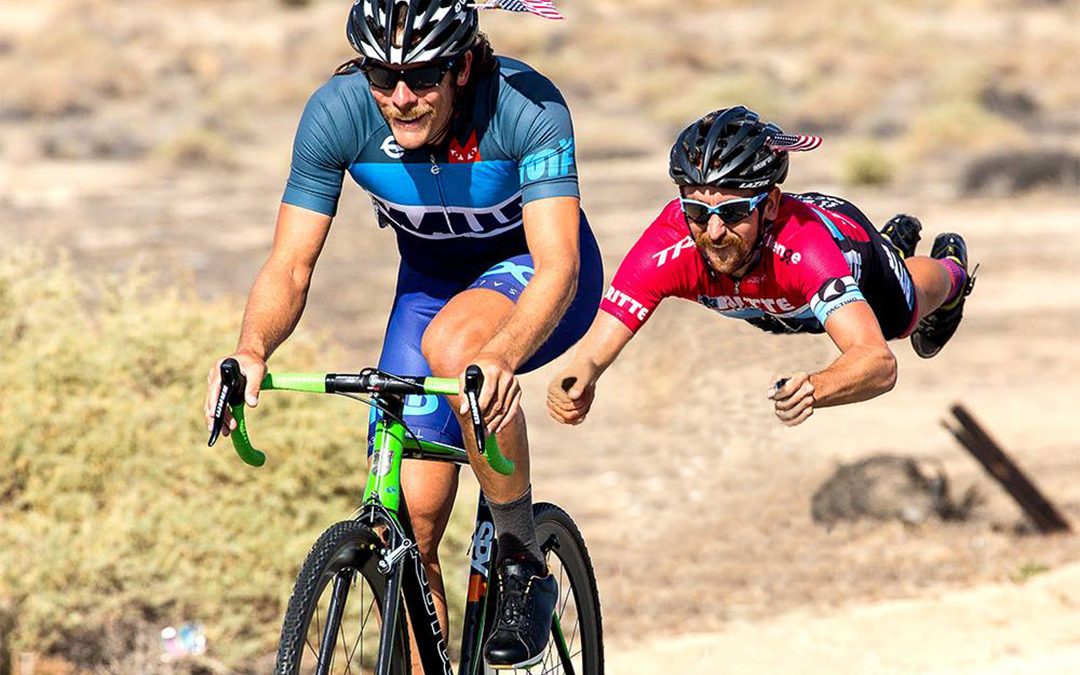 In the last two weekends I’ve participated in two bicycling events. Ride the Drive and the Polish Moon Ride. Both were “just for fun” and very well attended. However, there were some subtle differences. 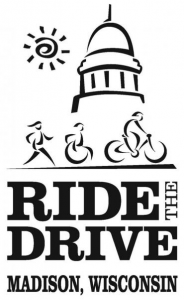 I think Ride the Drive goes back almost 10 years in Madison. At one point Lance Armstrong was the Master of Ceremonies and road the initial lap around the course with Mayor Dave. It was and continues to be an event hosted by the City of Madison with the intent of raising awareness of cyclists and the “bikability” of Madison. I’ve volunteered in some capacity almost every year and think it is a great event which accomplishes it’s mission.

For the most part it’s a fun ride. You just got on the course when you feel like it, you ride as much as you want and when you’re done you simply get off the course and head for home. It couldn’t be much more low key. There are food carts if you’re hungry, ride support from local bike shops and even bands playing to provide a little entertainment. Just good old family fun. 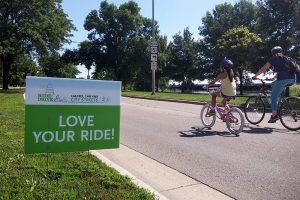 However, you always have some jackwagons who think it’s a tryout for the Tour de France. I realize that there is a certain level of novelty being able to ride on John Nolan Drive and some of the other streets that are blocked off. That said, it’s still not a race and you still need to be careful when you’re riding as you have a million kids and riders of varying skill levels.

There was a couple who were trying out for the US Postal Service Team. Yes, they had USPS jerseys on. They came barreling down Carrol Street with a good head of steam and turned down State. A ton of kids playing roaming around near Ian’s and some close calls. As a Ride Ambassador I said something to the couple as we were stopped at the traffic light in front of the Overture Center. I was basically saying they needed to be careful coming down State Street as there are so many pedestrians. Before I could even get my words out a guy came flying up (he’d run down State) and tore into the couple about how fast they were riding and how they’d almost hit his wife pushing a stroller. I didn’t notice the close call he was referencing, but HE WAS PISSED. He was screaming at the couple and while they were idiots, this guy was quickly approaching their level of stupidity. I moved my bike over in between the people and explained that I was just mentioning to the couple about slowing down and that we’d all be more aware of the people moving around. He continued to yell, but in the end the light turned and the group moved on. 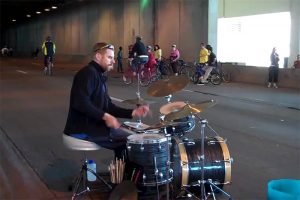 Music under the Monona Terrace

There was also an incident by the Argus where a biker road through the intersection on a green light and was almost hit by a man in a small pickup truck. The weird thing was the guy in the van was cursing the cyclist up and down even though he was clearly in the wrong. The cyclist kept on riding and the guy in the truck followed him swearing all the way.

The Polish Moon Ride is sponsored by the Bike Federation of Wisconsin with the only 3 years old, but has the same basic goals as Ride the Drive… raising awareness and demonstrating bikability in Milwaukee. 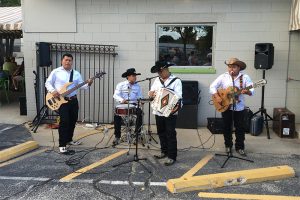 You have to be impressed with the turnout. While Ride the Drive is free the Polish Moon Ride charges a fee. In our case it was a $70 for a family of four. Not a huge deal as the ride is really fun, but it does cost money. The ride started at the Wayward Bar and Grill this year and a was a blast! They had a polka band playing, lots of food and drink… a very good time.

The ride is very well organized with City of Milwaukee Police Officers moving along with the group, blocking off intersections and making sure everyone is safe and having fun.

The Polish Moon Ride takes you through the Walker’s Point neighborhood in Milwaukee, around the Allan Bradley clock tower and through the old Polish neighborhoods in Milwaukee which are now almost exclusively Latino. The people sit on the porches of their home and cheer on the bikers. Kids stand near the streets and cheer. People are stuck waiting for this peleton-like mass of cyclists to pass by for 10-15 minutes and yet they cheer. A good route, good support for cycling and a great overall ride. 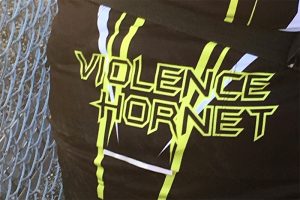 If I had any complaint about the ride it would be the pace. It’s very slow moving because the streets are only temporarily blocked off by the police. I guess having nearly 1000 riders might have something to do with it as well.

Is biking picking up speed?

In my opinion, yes. I say that for several reasons:

As cycling grows I hope that awareness and safety grow at the same pace. There are many cyclists, just like motorists, who don’t always exercise good judgment. The only problem with that is that in a car vs. bike situation the cyclist WILL LOSE.

Madison and other communities need to continue to invest in bike infrastructure. Our wonderful Governor did some damage to the “complete streets” laws of the past, but only time will tell if his short-sightedness hurts cyclists.

And finally, not being a tool. Established cyclists don’t need to frown upon beginners. Everyone was a beginner at one point. Everyone has their days where they’re riding slow, not making good decisions or they’re just not riding a $1000 bike. Who cares? Be positive, be encouraging and be helpful. Be the rider that helps cycling grow.