Kane’s 2OT Goal is Why I Love Hockey 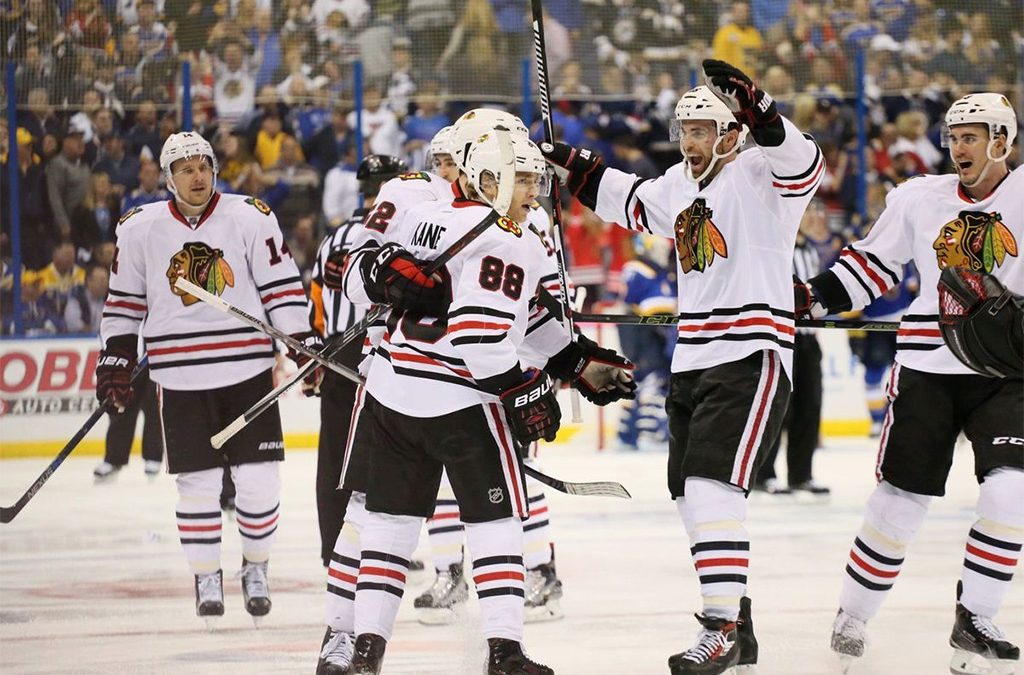 Last night at 12:36 am Patrick Kane scored his first goal of the first round playoff series versus the St. Louis Blues. As they say… better late than never. The goal could not have come at a better time (Kane had not scored a goal in the first four games) and the Hawks, who heading into the game were on life support, now had a pulse.

Why Does This Make Me Love Hockey?

The goal is a microcosm of what makes hockey so special. I say that knowing full well that some readers were argue there are similar subtleties in football, basketball, baseball, etc. They may be right, but I’m not sure that I’ve ever seen so much skill, effort and guile in one sequence.

Let’s start by saying this was the 2nd overtime period. The 5th game in 9 days and while the pace was frenetic, you can see guys slowing down. Skates which weigh next to nothing, now feel like bags of sand on the skater’s feet.

Entering the game St. Louis held a 3-1 series lead. Chicago had led games at various points in time, but could not hold the lead. Same story last night as Chicago held a 3-1 lead at the end of the 2nd period, but St. Louis tallied 2 in the 3rd period forcing OT.

St. Louis, to their credit, just keeps coming. They’re still a very physical team, but a physical team with plenty of skill blended in. They’ve played well and Goalie, Brian Elliott, a former Badger, is on FIRE! The guy has been a brick wall completely controlling games.

While Kaner gets the well deserved glory for getting the goal credit should also go to his teammates. Jonathan Toews for digging in the corner and then tying up G Brian Elliott and D Jay Bouwmeester in front of the net. There was also the patience and the pass from Richard Panik that setup the play.

That said, how to you not love the play that Patrick Kane made? This was NOT vintage showtime. He receives the pass in the slot and dekes the player defending him, Troy Brouwer, actually putting him on the ice flailing. He then skates between C Paul Stasny and D Alex Pietrangelo toward the net where he shoots. The puck carroms off a skate or Elliott’s stick and slides slowly to the right. Kaner, not giving up on the play continues forward and around the net where he stuffs the rebound back past a sprawling Elliott.