Saying Thank You to Mike Eaves 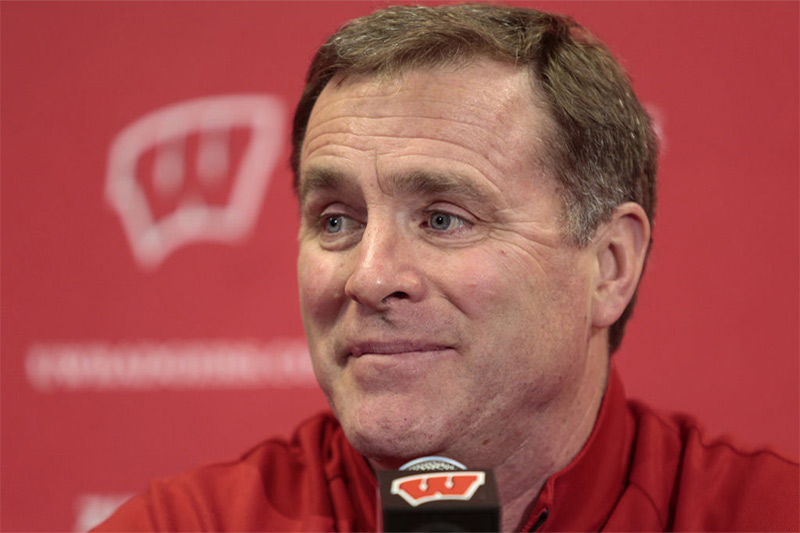 A Man Deserving Of Our Respect

The University of Wisconsin announced Friday (Mar 18, 2016) that it has fired men’s hockey coach Mike Eaves. The Men’s Hockey Team has struggled the last couple of years and it was time for a change.That said, Eaves, as both a coach and a player, was a consummate professional. His teams performed on the ice (until recently) and didn’t generate headlines off the ice.

While Eaves experienced success early in his coaching career at UW, the Badgers struggled over the past two seasons. UW went 4-27-5 in the 2014-15 season — the fewest wins and the most losses in a single season in the modern era of the program. The Badgers finished with a couple of quality wins at home against Penn State and on the road at Minnesota, but a 8-19-8 recorded coupled with an opening round loss in the Big Ten Tournament made the decision for Barry Alvarez to part ways an easy one.

I’ll always remember the 2006 season as I got to witness the Badgers win the National Championship at the Bradley Center in Milwaukee. The victory over Boston College was really something. Goals by Robbie Earl and Tom Gilbert and the scare of BC hitting the pipe with 1.5 seconds left in the game. Quite an experience.

And then there was the time Arianna and I met Mike Eaves and his wife at the Great Dane after his radio show. They were both so nice… chatting with Arianna about school and her personal interests. Very little talk of hockey in the entire 15 minute exchange. Really a class act.

Eaves also played for the Badgers from 1974-78, earning first-team All-American honors as a junior and senior. He is UW’s career scoring leader with 267 points in 160 games and helped UW to the 1977 NCAA title.

Eaves led the Badgers program for 14 seasons and helped UW win its sixth NCAA title in 2006. The Badgers also reached the 2010 NCAA championship game. He finishes with a career record of 267-225-66.

As the program moves on I know there will be lots of times when Mike Eaves will be missed. He did one hell of a job and I wish him and his family well. Thank you for all you’ve done Coach Eaves.