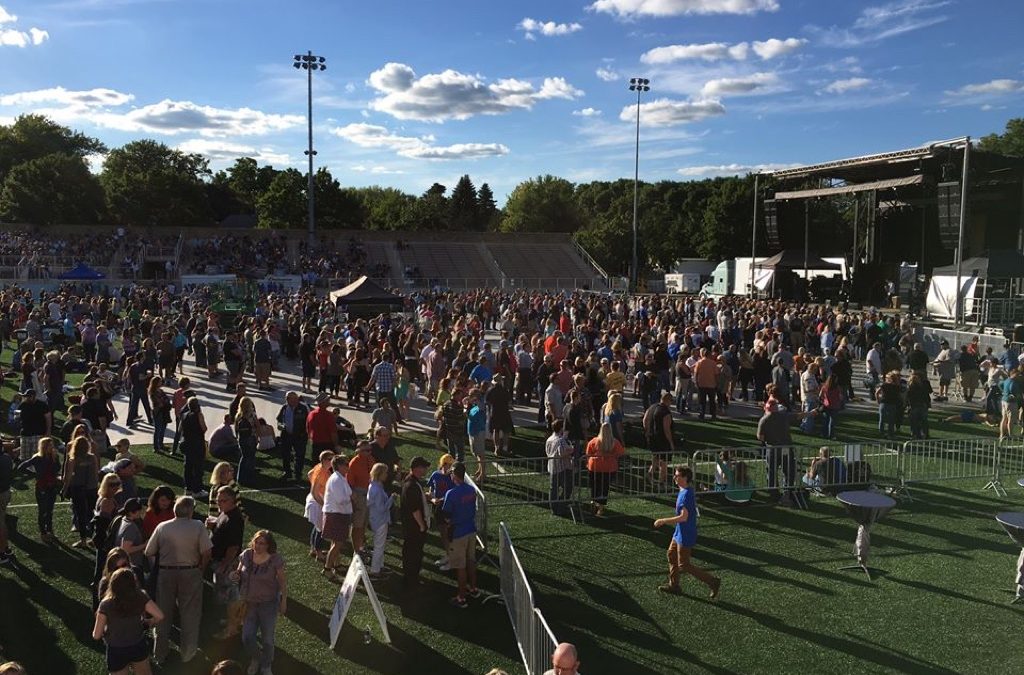 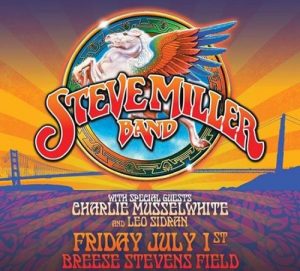 Back in the Fall I sent a message to my Dad about how East and West were playing football at Breese Stevens Field for the first time in 30 years. After Lindsey and I hit the Steve Miller Band concert at Breese Stevens last week I really took a trip down memory lane.

My History at Breese Stevens

In the past I’ve only been to Breese Stevens a few times and had no idea that it was named after a former Madison Mayor.

Dad took me to all-star wrestling at Breese Stevens when I was about 6 years old. I don’t recall exactly who we saw, but I remember someone that I thought was Nick Bockwinkel. He was a complete jerk… cheating, strutting around like a tool, but in the end he won. The crowd booed him, it was still fun. 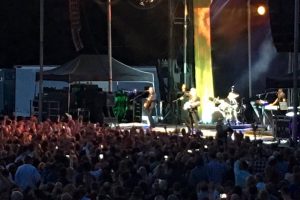 The Steve Miller Band Rockin’ It!

From what I know over the last 40 years Breese Stevens Field has been in my opinion, underutilized. I’m aware of them playing soccer there, but aside from the Madison 56ers I’m not aware of any actual tenants. I’m sure there were soccer tournaments and other fun things, but I still say underutilized.

Breese Stevens Field being underutilized seems to be a thing of the past. I don’t know the complete story of how the facility was renovated and how the deal with the Mallard’s works, but I do know that Breese Stevens Field is a lively venue. A place that hosts high school football, soccer matches, concerts and coming in August, the American Ultimate Disc League (AUDL) Championships.

When did they stop calling it ultimate frisbee? And who knew that Madison had a team? A team in a league that has teams from Atlanta, Chicago, Dallas and L.A.? 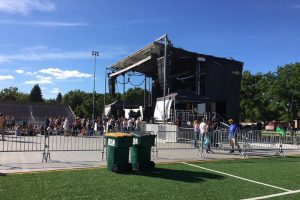 The Calm Before the Storm

Lindsey and I both had a blast at the Steve Miller Band concert! It was a beautiful night which obviously didn’t hurt, but the venue was rocking, the beer was flowing and the Steve Miller Band turned back the clock to 1980. Incredible sound… I loved the show and can’t wait to see a band again!

While there is an upcoming concert headlined by Wilco I think I’ll wait it out until there is a band that has music that I actually know. No offense to Wilco, but I honestly couldn’t save my life if I had to name one of their songs. Sorry guys.

I’m sure someone with the City of Madison is kicking their own ass for not renovating Breese Stevens sooner. It’s an incredible small event venue. Probably only a 3 season venue, but who knows? Maybe outdoor hockey is just around the corner? Regardless of the event you owe it to yourself to go. See a show of some sort and prepare to be impressed. Breese Stevens Field rocks!