Stories for Dad: The Drive-In Movie 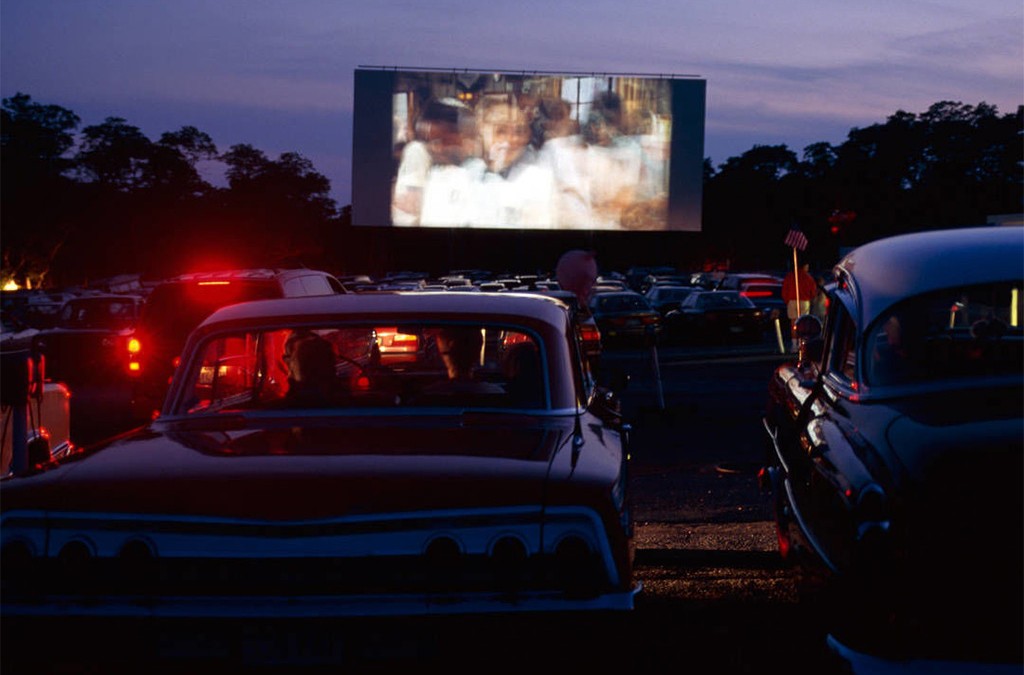 I was returning some movies to the Redbox machine this week and got to thinking about how watching movies has changed over the years. 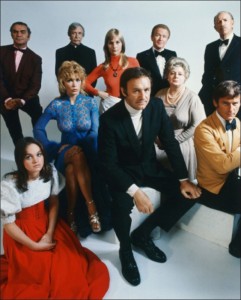 Obviously my first experience was watching movies on TV. I don’t recall what the first movie I ever saw on TV was, but I do remember watching the Poseidon Adventure early in my viewing career. I remember Shelly Winters, Ernest Borgnine and Gene Hackman as being the stars. There was a girl singing “The Morning After” by Maureen McGovern in the movie. I remember it because I had a crush on the girl in the movie. I double checked and the Poseidon Adventure was released in 1972 so it was probably a year or two later that it was on TV.

Over time there were lots of places that I saw movies. When I was Patrol at Sandburg (5th Grade) I went to some party for patrols downtown. I can’t remember if we saw the movie at the Stage Door theater or the Esquire. Either way, it was a movie about cowboys and indians. Pretty cool as we got free popcorn and soda… and got to see a movie. I’m pretty sure I took the bus downtown by myself as Dan Bartram canceled. They lived in a brown brick house on Sycamore a few doors down from Julie’s house toward Gray’s.

I’m sure I saw movies at East Towne and then of course at Eastgate too. But what was my favorite experience?

Battle for the Planet of the Apes

Yes, the Drive-In movie. The Badger Drive-In was a real treat. I remember us going to our first movie at the drive-in in the blue Buick Delta 88. There was a sheet of plywood laid across the back seat so us kids could lay in the back and sleep.

The cool thing about the drive-in was that they always showed at least two movies and sometimes three. The first time I went we saw “Battle for the Planet of the Apes” and “Prime Cut.” Planet of the Apes movies were the coolest and Prime Cut was a movie about mob activity at a butcher shop. Gene Hackman was in that too.

I remember when we arrived there were several cars around us that had people hiding in the trunk. I thought was that pretty cool. I think Dad thought it was cool that he’d smuggled in popcorn. Dad beating the system.  : )

The Planet of the Apes movie was great and I remember staying up to watch Prime Cut, but not understanding the movie.

Eventually the Drive-in remodeled, added screens and became the Badger 4-Plex. Pat Whalen worked there and thought he was pretty cool. He was in high school, had a job and got to carry a flashlight. Cool.

Carl Elbe, Steph and I went to the drive-in one night and saw Bruce Lee’s Game of Death. Awesome movie with Kareem Abdul-Jabbar. I remember getting up to go to the concession stand and returning to the car and seeing a note on it. The note was from a couple of our classmates, Scott Dobie and Tom Terpenning (Scott lived up in Burke Heights with Carl). The note on the car said “is that girl in your car old enough to be at this movie?” Scott and Tom were such weenies.

When I bought a VCR at the Video Station that changed my life and movie viewing as I knew it. The ability to watch movies when you wanted to watch them was pretty awesome. I’ll never forget Dad renting “Texas Chain” and assuming it was a western. I remember his describing it was a little weird because there was a gun running around killing everyone with a chainsaw. Yeah, weird for a western.

After the VCR came the DVD player and we’ve moved on to streaming movies (Nexflix), but at the end of the day there is something fun about returning to the beginning…

I still manage to go to the Highway 18 Drive-in about once a year. Kind of fun to go to the drive-in just because we went as kids. Things have gotten a little more hi-tech these days. The movies are all digital (shown from a projector that is more computer than projector) and the sound comes through your radio. No more parking difficulties trying to find a space that has a working speaker. They broadcast Dolby sound and things are pretty awesome. Not quite like going to the Palace Cinema like I did for the Star Wars marathon, but still fun. I guess more novelty than anything.

I’m sure I’ll always see movies at home on the TV, DVDs, Netflix and some trips to the actual movie theater. Probably won’t see many at the drive-in, but it’ll always have a special place for me because I think it was my first real big screen movie experience.